Some Snow, Bitter Cold Retreats; Above Normal Warmth By Next Week.

This is the scene I woke up to this morning and I’m sure many of you did as well. Temperatures in this cold snap bottomed out at the coldest they will be for the winter in much of Long Island and Connecticut. 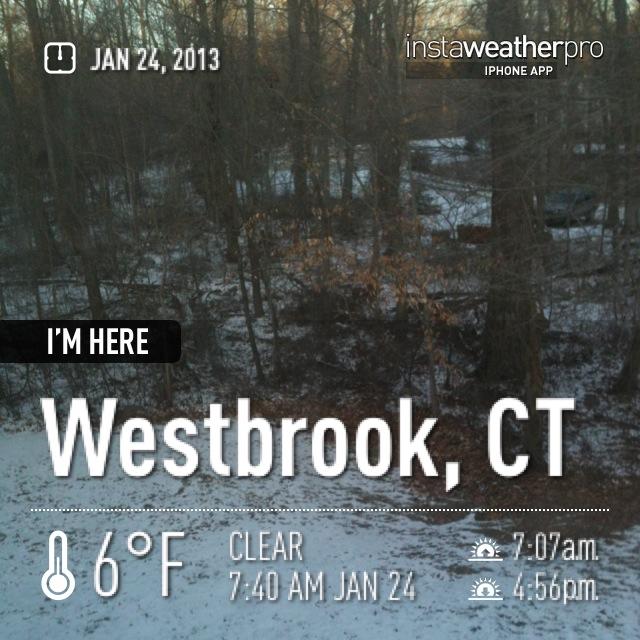 For Southern New England, this is the kind of winter cold that is actually quite common at this juncture of the season. For the most part, these low temperatures were not record breaking, in some cases not even close. We usually make a run at zero at least once or twice during a typical winter. If you like the cold, enjoy it because it won’t last much longer! If you hate the cold, some relief is in sight!

We still have a few days until the cold finally gets out of here. Another bitterly cold night is on the way. Widespread below zero temperatures are possible tonight in Connecticut, especially in areas where we can get the boundary layer to decouple to allow those winds that have picked up during the day today to calm down. An area of low pressure approaches from the west tomorrow. With no blocking and a large core of dry arctic air in place we are not expecting a storm. The energy transfer off the coast will result in a weak low passing well to our south. It could throw enough moisture back into the region for a light snowfall event to occur late Friday night. Although there won’t be a much moisture to work with, the arctic air in place aloft will favor higher snowfall ratios not unlike what we saw earlier this week. It’s still not out of the question that someone picks up a fluffy coating to 2 inches from this disturbance.

Warm air surges north next week as a cyclone develops and tracks northeastward over the central US around Tuesday next week. A warm front which could bring some overrunning precipitation due to isentropic lift along the front should come through sometime during the day on Tuesday. High Temperatures could return close to 50 by Wednesday! At least a short reprieve from subfreezing temperatures looks likely for some of you folks less enthralled with the concept of a New England Winter. Enjoy the rest of your cold day!